Which country will process my asylum application?

The Dublin III Regulation has been ratified in all the EU countries, as well as Norway, Iceland, Liechtenstein and Switzerland. In principle, the state responsible for your asylum application is the European country you have first entered when you arrived in the EU or the one which has issued you an entry visa.

Attention: Great Britain is no longer a member of the EU since January 1st, 2021. The Dublin III regulation no longer applies to Great Britain. Separate agreements between Great Britain and the individual EU countries can be expected. Currently, however, there are no regulations.

The Dublin Procedure in Germany

Does the Dublin regulation apply to me?

The Dublin regulation applies to you when:

In all these cases, your asylum application in Germany will be rejected as "inadmissible" ("unzulässig"). The BAMF will not question about the reasons for your flight; instead, they will ask you to leave Germany and order your deportation ("transfer") to the responsible European country.

read out
How does the Dublin procedure work?

As soon as you have filed your application for asylum, the BAMF will check whether Germany is responsible for your asylum procedure or not. The examination takes place with the help of the Eurodac database. This Europe-wide database stores the fingerprints of asylum seekers and other foreign citizens who enter Europe. The BAMF may also ask you for your travel ticket(s) to examine it as evidence. If the Dublin regulation applies to you, the BAMF will reject your asylum application as "inadmissible" ("Unzulässig"). Then you will be asked to leave Germany or face deportion to the Dublin state responsible for you. In the context of the Dublin procedure, however, this process is called "transfer" ("Überstellung") which is to be distinguished from “deportation”.

To carry out the transfer process, the BAMF has to follow some rules:

1. Germany must make a so-called "takeover request" ("Übernahmeersuchen") to the responsible European state, and they have to do so quickly. There are two deadlines Germany has to observe: the takeover request must be sent no later than two months after the German authorities found your fingerprints in the Eurodac system, or at the latest, three months after your application for asylum has been received by the BAMF. If the authorities do not submit the takeover request on time, Germany will be responsible for your asylum procedure.

2. The other Dublin member state may refuse this takeover request if it is not able to accept your asylum case.

3. When the deadline expires without any response from the other country or in case the other state approves the takeover request, Germany has six months to send you back there. If you are not deported within six months, Germany will be responsible for your asylum procedure from then on. Attention: If you are imprisoned, Germany will have 12 months to transfer you to the country responsible for your case. And if you prevent the transfer by, for instance, going into hiding, the deadline for your transfer will be extended to 18 months. If you, for example, do not stay in your accommodation centre for over a week and the BAMF learns about it, they may assume that you have gone into hiding.

Please note: When Germany rejects your asylum request as "inadmissible" ("unzulässig"), that does not automatically mean that the other country will also reject your application. In Dublin cases, such a rejection only means that Germany is not responsible for your case- so, your application for asylum will be thoroughly examined in the other European country.

read out
In which cases is Germany not permitted to transfer me to another Dublin state?

You must not be transferred to another Dublin member state in the following cases:

read out
What rights and obligations do I have during the Dublin procedure?

You are entitled to be personally asked by the BAMF about your flight route, your state of health and the whereabouts of your family members. In the same interview, you should explain why you cannot return to the other Dublin country. Legitimate reasons, for instance, include: homelessness, lack of access to medical care, maltreatment, imprisonment, your family's residence in Germany, etc.

The BAMF must inform you (in your language) about the Dublin procedure and the current status of the transfer request sent to the other Dublin country. You are entitled to ask for the current state of your Dublin case regularly and must have access to your file. It is recommended to make use of this right and check with your case officer for new developments at least every four weeks.

If you opt for a voluntary return to the other Dublin country, you must be allowed to do so.

You must give the BAMF your current address if you move within Germany. Otherwise, the BAMF will send your letters to your old address, and you may miss important deadlines and appointments. Furthermore, the BAMF may assume that you went into hiding. If you go into hiding, BAMF's deadline for your deportation/transfer will be extended (from six months) to 18 months.

Please note: Asylum seekers who have already been recognised as a refugee or an individual entitled to asylum or subsidiary protection by another Dublin state will no longer receive social benefits in Germany. These individuals only receive a so-called „Überbrückungsleistungen“ for 14 days. There will be no other benefits at the end of these 14 days.

read out
What can I do when Germany wants to send me back to another Dublin country?

You can appeal the rejection of your asylum application as "inadmissible" ("Unzulässig"). You must file the appeal at the responsible administrative court, the name and address of which is specified at the end of your rejection notice under the headline "legal remedies" ("Rechtsmittelbelehrung"). You have two weeks to file the appeal, starting from the date indicated on your rejection notice's envelope. If you intend to file an "urgent appeal" ("Eilantrag"), you must do so within a week. A successful urgent appeal prevents you from being deported during the legal process. Without an urgent appeal, you may be deported before the court decides your case. Please note, however, that an urgent appeal usually means that the above-mentioned six-month transfer deadline will start over again. Make sure you consult a lawyer in this regard.

The chances of success are usually not significant in Dublin cases. Appealing the decision is especially worthwhile if "systemic deficiencies" ("Systematische Mängel") have been identified in the Dublin country which is responsible for your asylum application; i.e. when the responsible state cannot guarantee sufficient support or a fair asylum procedure.

In recent years, various courts have repeatedly identified systemic deficiencies in multiple European countries (including Greece, Italy, Bulgaria and Hungary) and banned the transfer of refugees to these countries as a result.

If the lawsuit is not successful, you can try to submit a petition to the state parliament ("Landtag") or the German parliament ("Bundestag") or seek refuge in a church to prevent your transfer to other European country. If you want to opt for the petition, however, keep in mind that the relevant process is often lengthy, and the submission of a petition does not suspend your deportation/transfer, i.e. you may still be deported during the process. Church asylum ("Kirchenasyl") can be your last option in the face of imminent deportation, as it usually means that you spend your six-month-long transfer period in the church asylum and then Germany will be responsible for your asylum application. However, the original six-month deadline may be extended to 18 months as a result of church asylum. This is the case, namely, when the authorities assume that you have taken refuge in a church to "hide" yourself from them. For more information, seek help from a counselling centre or a lawyer.

To find a lawyer you can check, for instance, the Pro Asyl website. Their staff speak German and English and can be reached at +49 (0) 69-242 314 20 and proasyl@proasyl.de. To learn more about church asylum visit http://www.kirchenasyl.de.

read out
What if another Dublin state has already granted me protection?

If you have successfully applied for asylum in another Dublin member state and have been recognised as entitled to asylum, refugee status or subsidiary protection, your application for asylum in Germany will be rejected due to "entry from a safe third country" ("wegen der Einreise aus einem sicheren Drittstaat"). Such a ruling has to do with the so-called "third country regulation" ("Drittstaatenregelung").

As a recognised refugee or asylum seeker who comes from another Dublin state, you may travel to Germany and spend 90 days in the country, but you are not allowed to live or work here permanently. If you do not leave after 90 days, you may be deported back to the other EU country. Nonetheless, you can file a complaint at the administrative court when your asylum application has been rejected in Germany. After receiving a rejection notice, you have one week to file a complaint and an urgent appeal ("Eilantrag"). Submitting an urgent appeal prevents you from being deported before the court's decision. If you do not have a chance of accessing shelter, food, job, etc. in the country in question, you may win the complaint against the rejection of your asylum application. Make sure you seek advice from a lawyer. You can search for a lawyer, for instance, through Pro Asyl. Their staff speak German and English and can be reached at +49 (0) 69-242 314 20 and proasyl@proasyl.de.

read out
What other agreements exist besides the Dublin regulation?

The European Union is currently trying to reform the Dublin Regulation, but since such a reform takes a long time to accomplish, some countries have been concluding bilateral agreements regarding asylum issues. France and Italy, for instance, have such an arrangement. Germany has also reached a deal with Spain in August 2018. According to this agreement, Germany is allowed to send refugees who have applied for asylum in Spain (and then entered Germany via Austria) back to Spain within 48 hours. Germany is currently preparing to make similar agreements with Greece and Italy.

If you think your asylum application in Germany may be rejected under the Dublin regulation and due to your flight route, please contact a lawyer immediately after your arrival in Germany. You can find a lawyer, for instance, through Pro Asyl. Their staff speak German and English and can be reached at +49 (0) 69-242 314 20 and proasyl@proasyl.de. 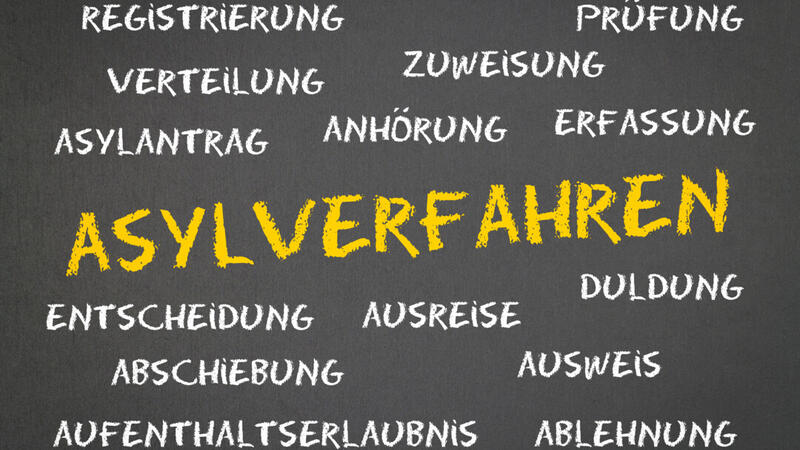 How and where can I apply for asylum? Which are the next steps I can expect? What happens during a hearing session at BAMF? 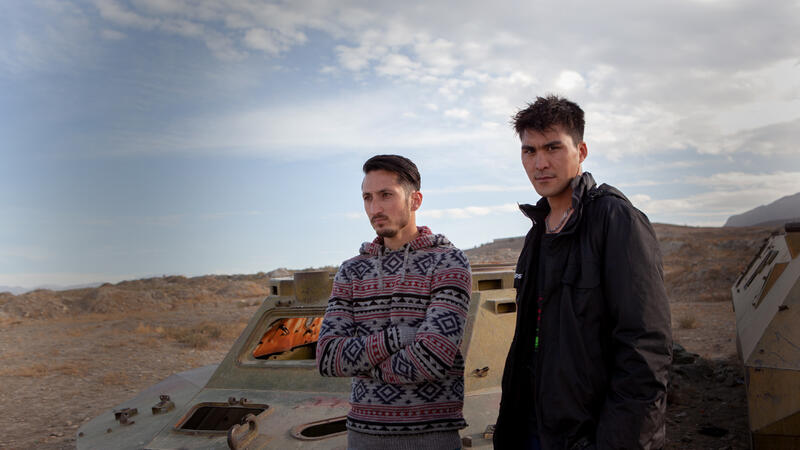 How does the deportation procedure work? What are my rights during deportation? How can I prevent my deportation and obtain a[...] 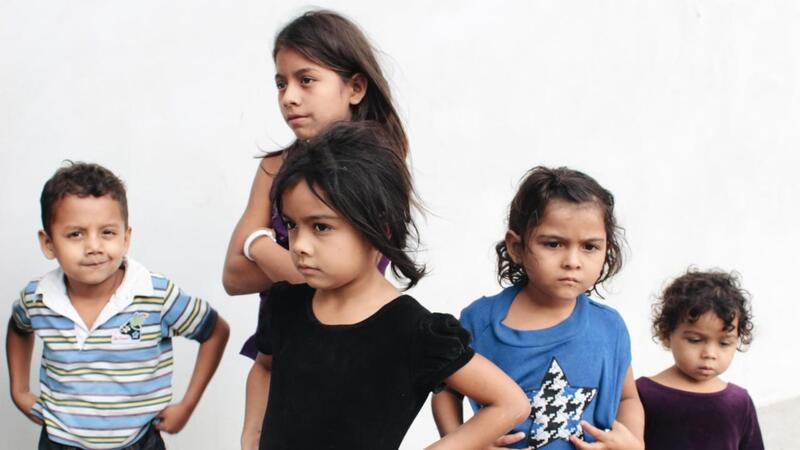 How can I apply for asylum in Germany as an unaccompanied minor? What rules and regulations apply when I reach 18?

Here is a list of lawyers working with the UNHCR and charities.

To find legal advice, you can contact the Federal Refugee Council near you.