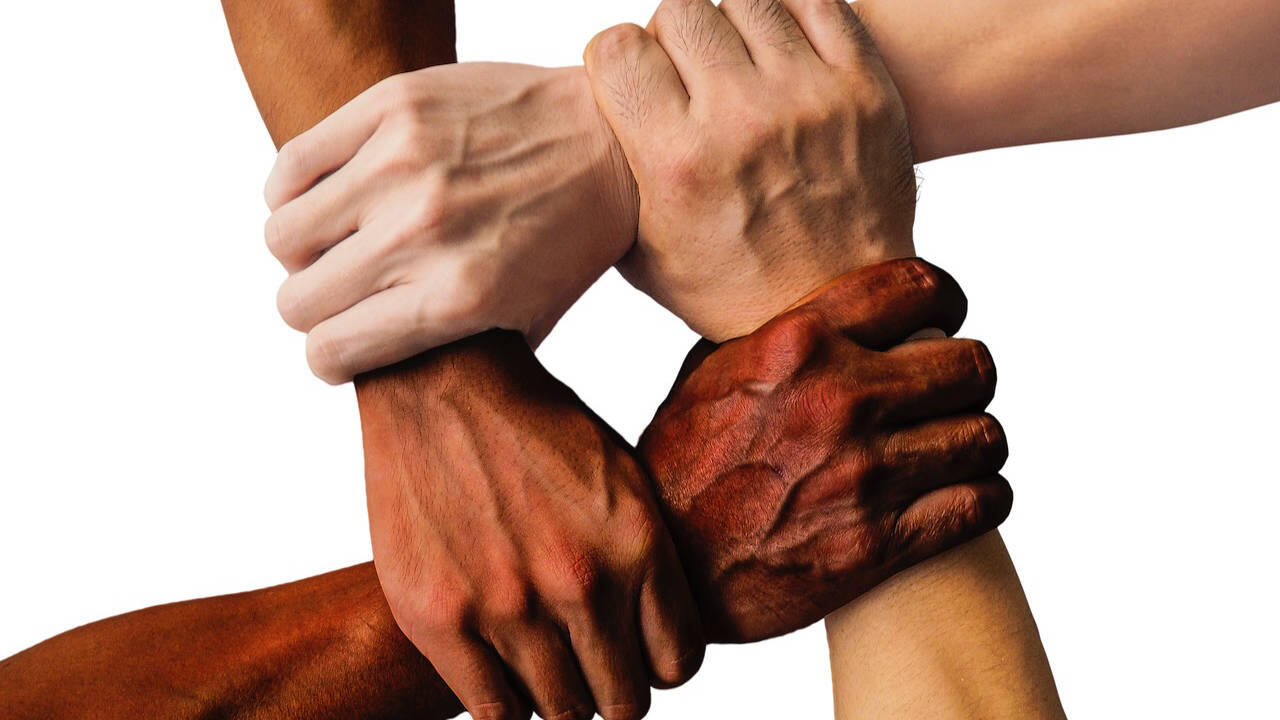 Treating people unequally because of certain characteristics, i.e. discrimination, is prohibited by law in Germany, but that does not mean it is not common. During flat-hunting, at work, in government facilities, schools, doctor's offices, during leisure time or at the police station -- discrimination can happen in all areas of life. You were denied entry to the club because you have a disability? You did not get the job because of your headscarf? Do your children face inadequate support at school because they speak little German? You have been singled out and checked by the police on a long-distance bus because of your skin colour? The taxi driver refused to take you to your destination because you are transgender? These are all forms of discrimination which may occur on a daily basis-experiences which often leave the victims with feelings of anger and powerlessness. But you neither have to stay silent and take the mistreatment, nor you are helpless. You have the right to defend yourself against discrimination. Everyone in Germany is entitled to such right, regardless of their origin or residence status. This is anchored in the German Basic Law as one of the fundamental human rights. That means when facing discrimination, you can take legal action against the perpetrator.

What do I need to know?

The word "Discrimination" refers to situations in which a person is disadvantaged or harassed because of certain characteristics or (actual or ascribed) belonging to a certain group. Many people face discrimination around the world, for instance, because of their origins, language, sexual identity, gender, religion, body type, mental abilities, age, etc. Discrimination is often based on invented concepts and faulty reasoning patterns. This is, for instance, the case when someone is discriminated against because of their "race". As modern science has proven, there are, in fact, no such things as different races in humans- but there are people who believe in a hierarchy of different races and value people based on it- and therefore discriminate against people they perceive as belonging to "other races".

Some may face discrimination on more than one ground, for instance, a person who is a lesbian and has a "foreign name" is likely to face increased discrimination because of both her (presumed) foreign origins and sexual orientation.

read out
Am I being discriminated against?

Sometimes you don't know exactly whether what you are facing is, in fact, discrimination. One may become doubtful because others do not see a problem in an action or even do not see prejudice as a problem. This is where counselling can help. The staff at the qualified counselling centres take your experience seriously and can tell you whether the incident/s are legally considered as discrimination. They also guide you towards the legal options available. But even if your experience is not legally categorised as discrimination, seeking help from the counselling centre is in your best interest. The employees can support you in dealing with what you have experienced and help you develop strategies for the future. You can find responsible advice centres in the section "Where can I find help and support?".

read out
Which laws protect me from discrimination?

The General Equal Treatment Act ("Allgemeine Gleichbehandlungsgesetz"  or AGG) is particularly significant when it comes to eradicating discrimination. The AGG has existed since 2006, and it is the most essential German body of law to turn to in order to defend yourself against discrimination in the workplace and everyday life. The General Equal Treatment Act protects people against discrimination due to origin, gender, religion, age, sexual identity or disability by employers, landlords, etc. If convinced of discrimination, the court can sentence perpetrators to compensation payments or damages based on the AGG. There are other laws which prohibit discrimination. For instance, the German Basic Law: Article 3 of the Basic Law states that all people are equal before the law, regardless of where they come from or what residence status they have in Germany.

read out
How can I prove that I have been discriminated against?

When you go to court, you need evidence. Often the other side rejects your narrative, and then it will be one person's account against the other's. The other side will usually claim in court that no discrimination has taken place, for instance, the landlord may say that he refused to rent to a family not because of their foreign name, but because the family was unfriendly during flat viewing. So you have to convince the court that what happened was in fact discrimination. However, references are sufficient. Clues or evidence can, for instance, include the testimony of witnesses or e-mails, letters or photos which show the discriminatory act. So-called "testing" can also help: During "testing" you check the behaviour of the other party, in this case, the landlord, once again. For instance, you can (have someone) contact the landlord with the same profile but (this time) with a German name and see whether they react differently.  If you are first told that the flat is already taken, but the other request (with a German name) gets an appointment to view the flat, that will be sufficient evidence of discrimination for the court. Please note: According to the law, you can only do such "testing" over the phone or in person. That means you cannot submit falsified written applications. Doing so when applying for a job, for instance, is against the law and punishable.

Important: If you want to take legal action against the discriminating person or organisation, you must do so within 2 months of the incident.

read out
What can I do if I am discriminated against by the police?

One may also experience discrimination in the hands of the police. One adverse treatment people of colour may face in Germany is the so-called racial profiling. Racial profiling is when a person is stopped, questioned, searched or even arrested by the police just because their skin colour or physical features make them a subject of suspicion in officers' eyes. Discriminatory insults, mistreatment or attacks may also happen. Victims of illegal discriminatory treatment and violence by the police can report the officer/s in question. Those affected can turn to the "Campaign for Victims of Racist Police Violence" (KOP) for advice and support. Check the section "Where can I find help and support?" for their contact information.

Police officers are not above the law, and they must abide by it like regular citizens. What German police may and may not do is regulated in the Criminal Code, the Code of Criminal Procedure and Police Law. You can learn more about the police and their code of conduct in our chapter “Police in Germany”.

Important: You have the right to ask for the police officers' ID card and write down their details. This is crucial if you later want to file a complaint. It is also always helpful to ask passers-by to observe the situation, which means you can later have witnesses. Important: You must file a criminal complaint within three months of the incident. You can do so directly at the public prosecutor's office, so you don't have to go to the police to do so.

read out
Where can I find help and support?

Anti-discrimination counselling centres offer support for anyone who has experienced discrimination in Germany and would like advice.

Alternatively, you can also contact a Counselling Service for Adult Migrants or a Youth Migration Service (JMD). The staff often speak various languages ​​and can help you with any issues related to life in Germany. You can find their offices in your area at bamf.de. To search for a counselling centre for young migrants nearby, visit jugendmigrationsdienste.de.

read out
How can an anti-discrimination counselling centre support me?

The anti-discrimination counselling staff will listen to you and help you to process what you have experienced. They also support you in claiming your rights, for instance, by securing evidence and information, writing letters of complaint or accompanying you during mediation talks. They also help you if you want to take legal action against the perpetrator individual or organisation and, for an instant, function on your behalf in mediation. Or refer you to proficient lawyers. The counselling services they provide are cost-free.

read out
In which situations different treatment is permissible?

In some cases, different treatment based on certain characteristics is allowed. This is, for instance, the case when a law gives preference to certain groups of people to compensate for the disadvantages they have been suffering. Since women in Germany are disadvantaged (and often underpaid) in the labour market, it is therefore warranted for an employer to prefer to employ women. Another example is when a different treatment has to do with a factual reason: If fluency in German is essential for the job, a language test may be required.

read out
What is linguistic discrimination?

"linguistic discrimination" refers to discrimination taking place through words and language. Linguistic discrimination confirms and reinforces the concrete on-the-ground discrimination and inequality: When people describe a group with derogatory terms or disregard them, they are manifesting that they see the group in question allegedly as "less-than" or straight worthless. In Germany, for instance, the term "Zigeuner" is a derogatory term which should not be used when referring to the Roma people. Another example could be the common usage of male nouns and pronouns ("Lesern" vs "Leserinnen") when referring to people of unknown gender. Because that discriminates against certain groups of people and assumes "Male" as the primary audience/subject. At esf-queerschittsziele.de, you will find various glossaries in German on the subject of non-discriminatory language. 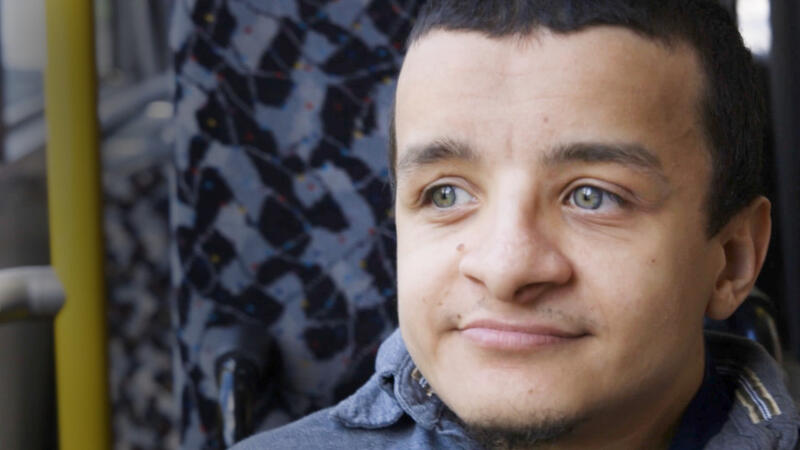 What are my legal rights as a person with a disability? Are refugees with disabilities granted asylum due to their disability? How[...]

How does the law in Germany protect LGBTQIA+? How can queer people protect themselves against discrimination? What support[...] 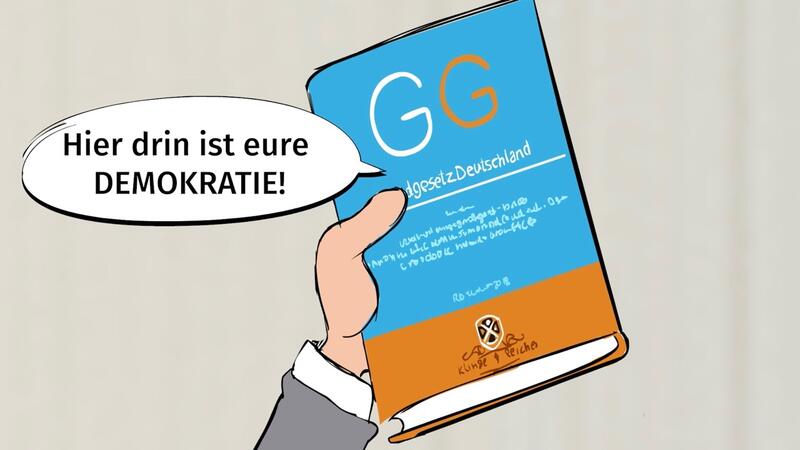 What are the most significant articles of the German constitution (Basic Law or "Grundgesetz")? How does the Basic Law protect my[...] 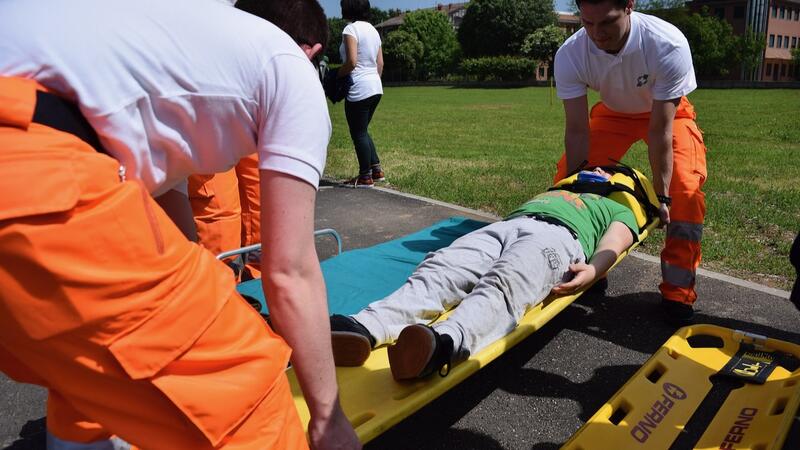 What do I need to know about emergency services in Germany? How can I contact police or fire department? What are the information I[...]

Here you can search for a counselling centre specialised on discrimination nearby.

The Adult Migration counselling Service (MBE) offers support to adults (+27) on the topic of vocational training in many different languages.

Here you can find some tips for better dealing withdiscrimination during flat-hunting.